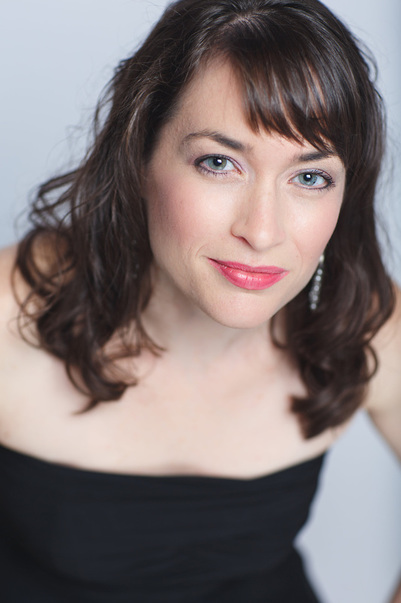 Katie Manukyan is an operatic soprano based in Pittsburgh, Pennsylvania. In 2016, she was selected as a "Major Artist" by the Pittsburgh Concert Society. Most recently, Katie has made her debut in the role of Domna Saburova in Rimsky-Korsakov's The Tsar's Bride with Opera Bel Cantanti in Maryland. Katie specializes in Russian repertoire and in recent years has sung the roles of Volkhova (Sadko) and Gorislava (Ruslan and Ludmila) with Opera Bel Cantanti and Tatiana (Eugene Onegin) in concert at Bellefield Hall with Undercroft Opera in a production for which she also served as primary diction coach and co-producer.

In addition to opera, Katie treasures the art song repertoire and has enjoyed presenting art songs by many composers and in multiple languages over the years. This October she will sing a concert celebrating the Armenian composer Komitas in Cleveland Ohio. Other recent recital performances Katie has given in Pittsburgh have been dedicated to Clause Debussy, Enrique Granados, and Vasily Kalinnikov.

Katie received musical training at Northwestern University, Tchaikovsky Musical College-Conservatory in Moscow, Russia, and The Ohio State University. She embarked upon her opera career with the support of the Opera Theater of Pittsburgh as a prize winner in its "Opera Champion of Pittsburgh" competition in 2011, the same year that she received her doctoral degree in Slavic Languages and Literatures. She has sung Slavic repertoire in Russian, Polish, and Czech languages at a wide range of functions including, memorably, the 2014 visit of the former first lady of Poland, Danuta Wałęsa, to Pittsburgh and the homecoming reception of the Russian Para-Olympic team in Moscow after the 2004 Games. Since 2011 Katie has been on the faculty of the Department of Slavic Languages and Literatures at the University of Pittsburgh, where she teaches Russian and Russian literature and is the Managing Director of the Slavic, East European, and Near Eastern Summer Language Institute. She has published on Russian opera and Russian singing diction and enjoys combining her academic and musical interests in her performances and teaching.